(1) Log into your pc where Discoverer Desktop is installed.

(4) Enter and run the following at the prompt, for example:
C:\> d:\oracle\BI_1012\bin\d51wkdmp.exe “Employee By Dept” Outfile2.txt DB scott/tiger@TestDB1 Eul_owner -f

WHERE there are 3 Worksheets in this example.

Hello Friends, Lets learn something in Oracle HRMS. Oracle Human resources has a table called PER_IMAGES. This table stores employee pictures in RAW format. If you want to mass upload the pictures of all employees in this table, you can have a hard time. we were facing a similar issue, and here is the approach i used to bulk upload (or mass upload) employee pictures to PER_IMAGES table in Oracle Human resources system using SQL Loader.

To load a binary image in this table, we have to first create a control file, which will look something like this:

options (bindsize 400000)
load data
infile photo.bmp “fix 60999”
replace
concatenate 3
into table PER_IMAGES
(image_id constant 1, image raw(33532), parent_id constant 1253,
table_name constant “PER_PEOPLE_F”)
Some important facts now: Size of picture in this example is 33532 bytes. Bindsize must always be larger than the filesize. And, most importantly, only 64k can be loaded at one time, so we have divided the file size into equal portions < 64k. Here are the shell scripts, and ctl files i am using:

#!/bin/sh
echo enter file name
read fname
exec<$fname
x=1
value=“
while read line
do
value=`head -n $x $fname | tail -n 1`
echo $x $value;
sh newshscript.sh $x $value
x=`expr $x + 1`
done
echo “****$value”;
What the above script called mainscript does is that it read the file that contain employee id and picture file name.For each employee, it than calls another shell script called newshscript.sh, and increments the id. This id we will be using in the ctl file.

Above script is pretty simple, isn’t it? Well what we are doing is reading the file size, and creating
a ctl file with the information gathered. Then we are calling SQLLDR to upload the picture using this CTL file.

Hope this helps you! Thanks you …. Shivmohan Purohit

Its mainly used for showing up all params. This show all parameter values passed in shell script

# will return the number of parameters that are passed as the command-line arguments.

$? will return exit status of command .0 if command gets successfully executed ,non-zero if command failed.

What are Different types of shells?

Shell script accepts parameters in following format…
$1 would be the first command line argument, $2 the second, and so on
$0 is the name of the script or function

What are the different kinds of loops available in shell script?

for, if, while, case

What is the difference between a shell variable that is exported and the one that is not exported?

Export LANG=C
will make the variable LANG the global variable, put it into the global environment. All other processes can use it.

LANG=C
will change the value only in the current script.

If you have a string “one two three”, which shell command would you use to extract the strings?

How will you list only the empty lines in a file (using grep)?

How would you get the character positions 10-20 from a text file?

How would you replace the n character in a file with some xyz?

We can replace n characters by using the following command:
1,$s/./xyz/g
where 1 shows that the search string will start searching patterns from first line of the file.
‘.’ for any character.
g for global replacemet.

What is the difference between a ‘thread’ and a ‘process’?

A process is a collection of virtual memory space, code, data, and system resources. A thread is code that is to be serially executed within a process. A processor executes threads, not processes, so each application has at least one process, and a process always has at least one thread of execution, known as the primary thread. A process can have multiple threads in addition to the primary thread

Thread – is stream of executable code within process. They are light weight process. All thread with in a process  share process instruction,code & data segment,open file descriptor,signal handler,userID and GroupID. Thread has its own set of register including program counter,stack pointer

What is this line in the shell script do ?#!/bin/ksh?

To invoke the shell indirectly this line is added as the first line in the file.This particular line invokes korn shell

What is use of “cut” command? Give some examples.

Cut – Utility used to cut/Strip out the required data/text from the source.

Cut can be used in three modes,

Stripping by delimiter and fields. 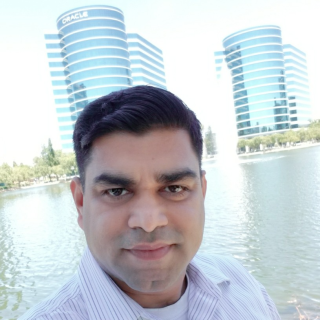